Chamber Luncheon: Development in Central Florida and its impact to Business & the Economy 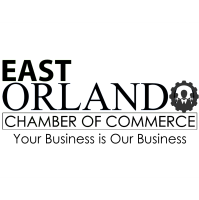 No Walk-Ins; No Refunds or Credit Memo's Issued.
Menu includes your selection of:


**Please note: A $25 cancellation fee will be assessed for any registration cancelled 5 days prior to the event.
* Seating will be limited and all COVID guidelines followed. 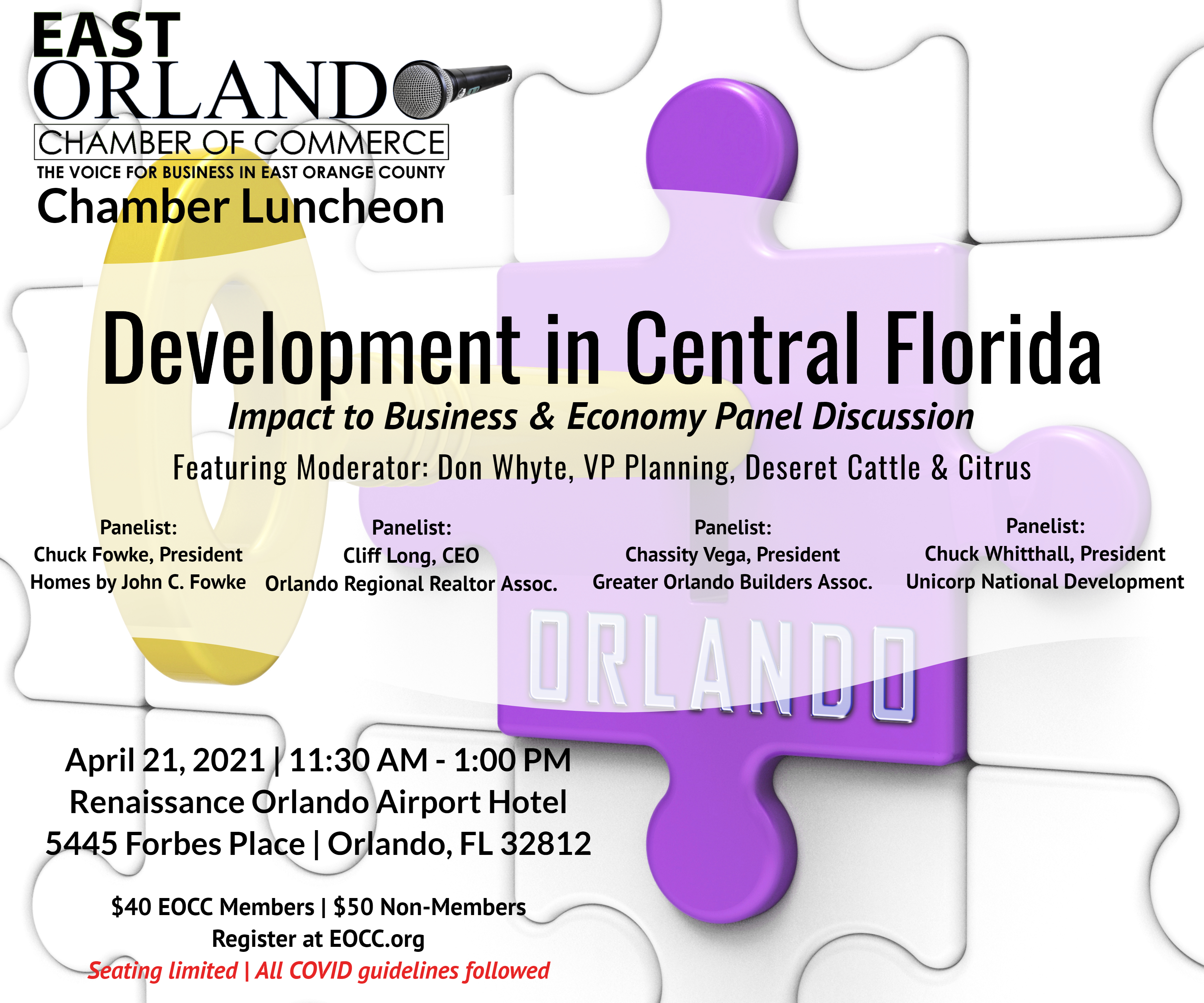 Moderator: Don Whyte, Vice President, Planning  (Deseret Cattle & Citrus)
Don Whyte manages long-range planning for the 295,000-acre Deseret Ranch in Central Florida, which is owned by an entity of the Church of Latter-day Saints.  He worked on a state approved plan for future development on 133,000 acres of Deseret's farm and ranch land in Osceola County.  The first project to be developed there, Sunbridge is being constructed in partnership with Tavistock and will encompass some 24,000 acres and include 30,000 residential units.  The long-range plan anticipates as many as 500,000 people living on Deseret's former ranch lands by 2080.

Canadian-born Whyte joined Deseret Cattle & Citrus in May 2014 after serving as president of Kennecott Land, where he oversaw "envisioning" for Rio Tinto's extensive land holdings in Utah and directed development of non-mining land, including the Daybreak community in southwest Salt Lake County, which is one of the best-selling master-planned communities in the nation.

He sits on the board of the East Orlando Chamber of Commerce and the Kissimmee Chamber of Commerce and is vice chairman of the National Association of Home Builder's Land Development Committee. Whyte has a bachelor's degree in civil engineering from the University of Calgary and is an licensed professional engineer in Alberta, Canada.  He and his wife Billie Joe, live in the Harmony community in St. Cloud and their daughter, Tamara, is an English professor at a college in Virginia. 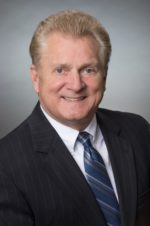 John C. "Chuck" Fowke (Homes by John C. Fowke)
John “Chuck” Fowke, a Tampa, Fla.-based custom home builder with 40 years of experience in the home building industry, is NAHB’s 2021 Chairman of the Board.

As founder and president of Homes by John C. Fowke Inc., he has built hundreds of luxury homes throughout the Tampa Bay area.

Fowke has been active in the NAHB leadership structure at the local, state and national levels throughout his career. A Senior Life Delegate, he has served in the leadership of the Association for more than 20 years. He has also served as NAHB State Representative for Florida, the NAHB National Area Chairman for Area 5, Moderator of the National Area Chairmen, and Chairman of the NAHB Audit Committee.

Fowke was named Builder of the Year by the Tampa Bay Builders Association (TBBA) in 2006 and 2009,and is a past president and life director of the TBBA. He also was president of the Florida Home Builders Association (FHBA) and continues to serve as a life director. In 2014, the FHBA awarded Fowke the prestigious Dick Baker Award and in 2019 he was inducted into FHBA’s Florida Housing Hall of Fame. He received the Florida Home Builders Eagle Award in 2012.

Actively involved in his community, Fowke has served as chairman of the Charity Women’s Crisis Center’s Addition and Renovation Committee. As builder of the TBBA Showcase Home, Fowke contributed to the efforts of the Fellowship of Christian Athletes and the Joshua House. He also completed a project for the Gary Sinise Foundation for a deserving military widow and her children. In addition, he served on the City of Tampa and State of Florida Hurricane Codes Committees and the Workers’ Compensation Task Force

As a principal staff member, Cliff holds ultimate responsibility for programs and services that ORRA provides to its 16,000+ members. He also oversees the association's internal operations and external functions, such as advocacy and communications.

Cliff is a proud 2019 ONYX Magazine's Black Men Honor's recipient.  The award recognizes men from across Florida who exemplify leadership, achievement, integrity and vision as they transform their communities and professions.

Long enjoys spending time with his wife and participating in his children's youth sports activities.  He is an all-sports enthusiast who appreciates Orlando's mild climate with its year-round outdoor opportunities.