Orlando: The Place for Tech in 2022 & Beyond
Featuring our panel of experts moderated by Avani Desai, CEO, Schellman 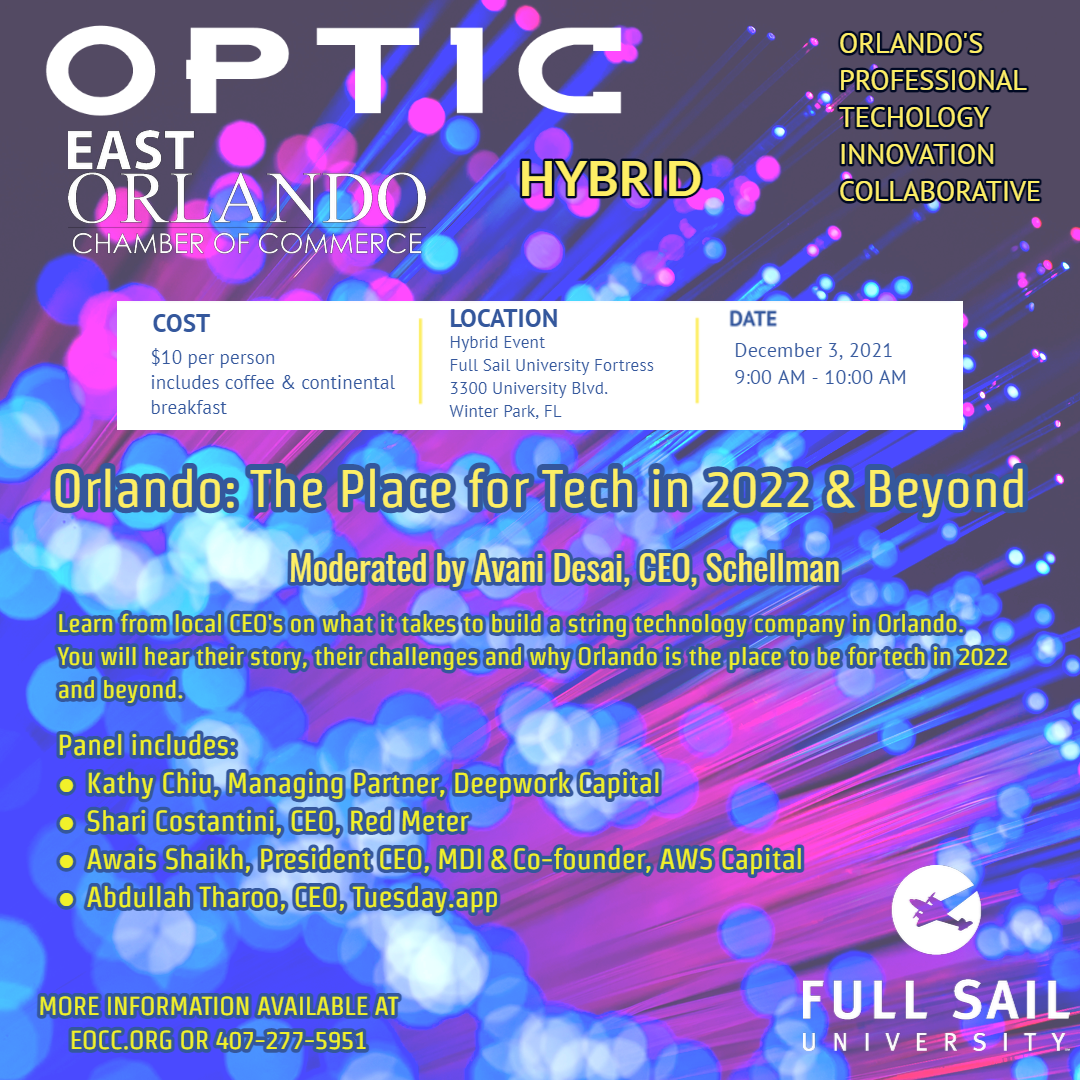 Learn from local CEO's on what it takes to build a string technology company in Orlando.  You will hear their story, their challenges and why Orlando is the place to be for tech in 2022 and beyond.

Find out more when Avani Desai moderates our expert panel of CEO's featuring: 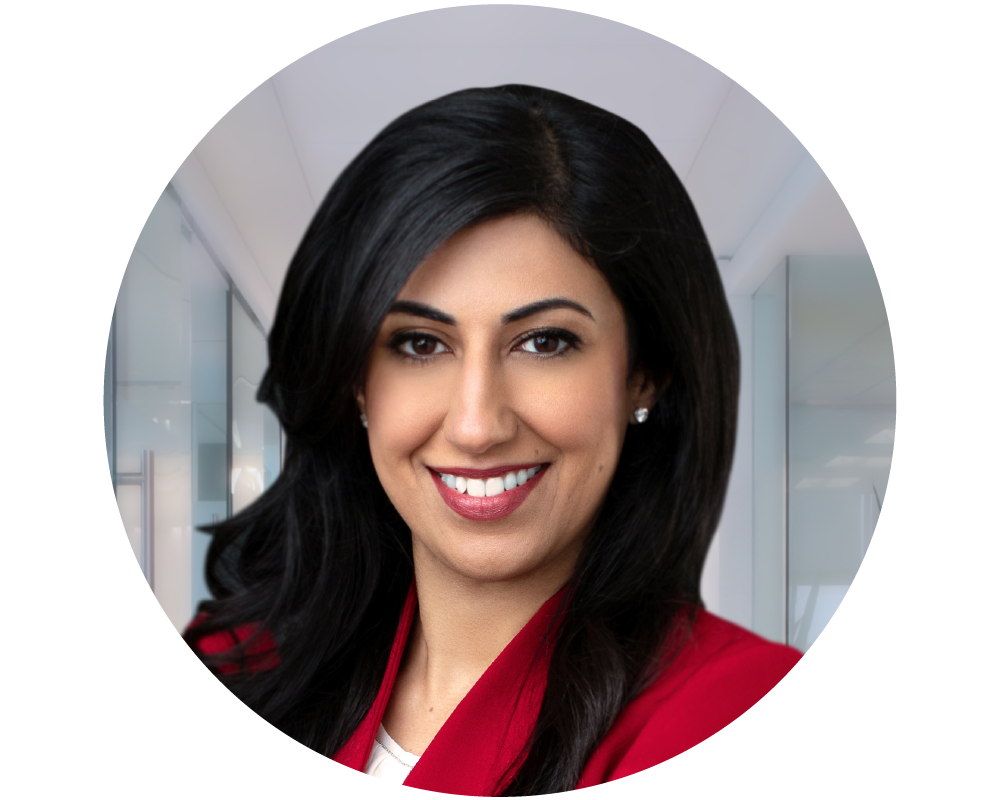 Avani Desai is the CEO at Schellman.  Avani has more than 15 years of experience in IT attestation, risk management, compliance and privacy.  Her primary focus is on emerging healthcare issues and privacy concerns for organizations.

Named one of the 2017 Global Leaders in Consulting by Consulting Magazine, she has also been featured and published in the ISSA Journal, ITSP Magazine, ISACA Journal, Information Security Buzz, healthcare Tech Outlook and many more publications. 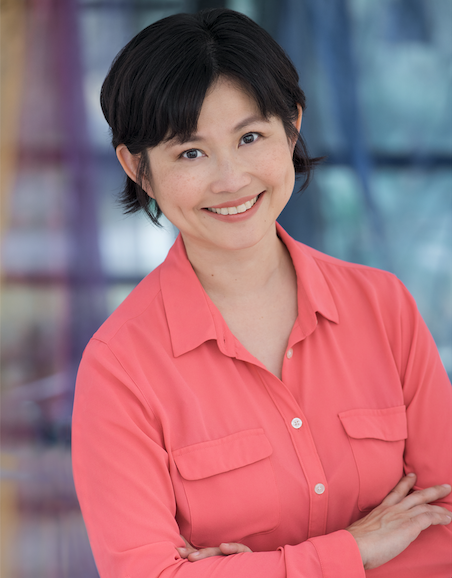 Kathy Chiu, Managing Partner, DeepWork Capital
Prior to founding DeepWork Capital, Kathy was the COO of an angel network. She was previously a venture capitalist at Denver-based iSherpa Capital, research analyst at Boston economics consulting firm Cornerstone Research, led business development, strategy, and product management at Level (3) Communications, Lefthand Networks, Compaq Computers. She served on boards of various companies, including portfolio companies including HCW Biologics and others such as Florida-headquartered retailer Bealls Inc. She has also held technical roles at Tektronix, MIT Media Lab, and Superconducting Supercollider Lab.
Kathy has a BSEE and MSEE from MIT and MBA from Stanford Graduate School of Business. She speaks fluent Chinese and Taiwanese.
If she were a superhero, Kathy would have the "I" insignia, standing for Improv. She would destroy bad guys with insufferable jokes as she frequently does in the evenings when she stars in Improv comedy shows. She has also authored a comedic novel about improvisors called ENDOWED. 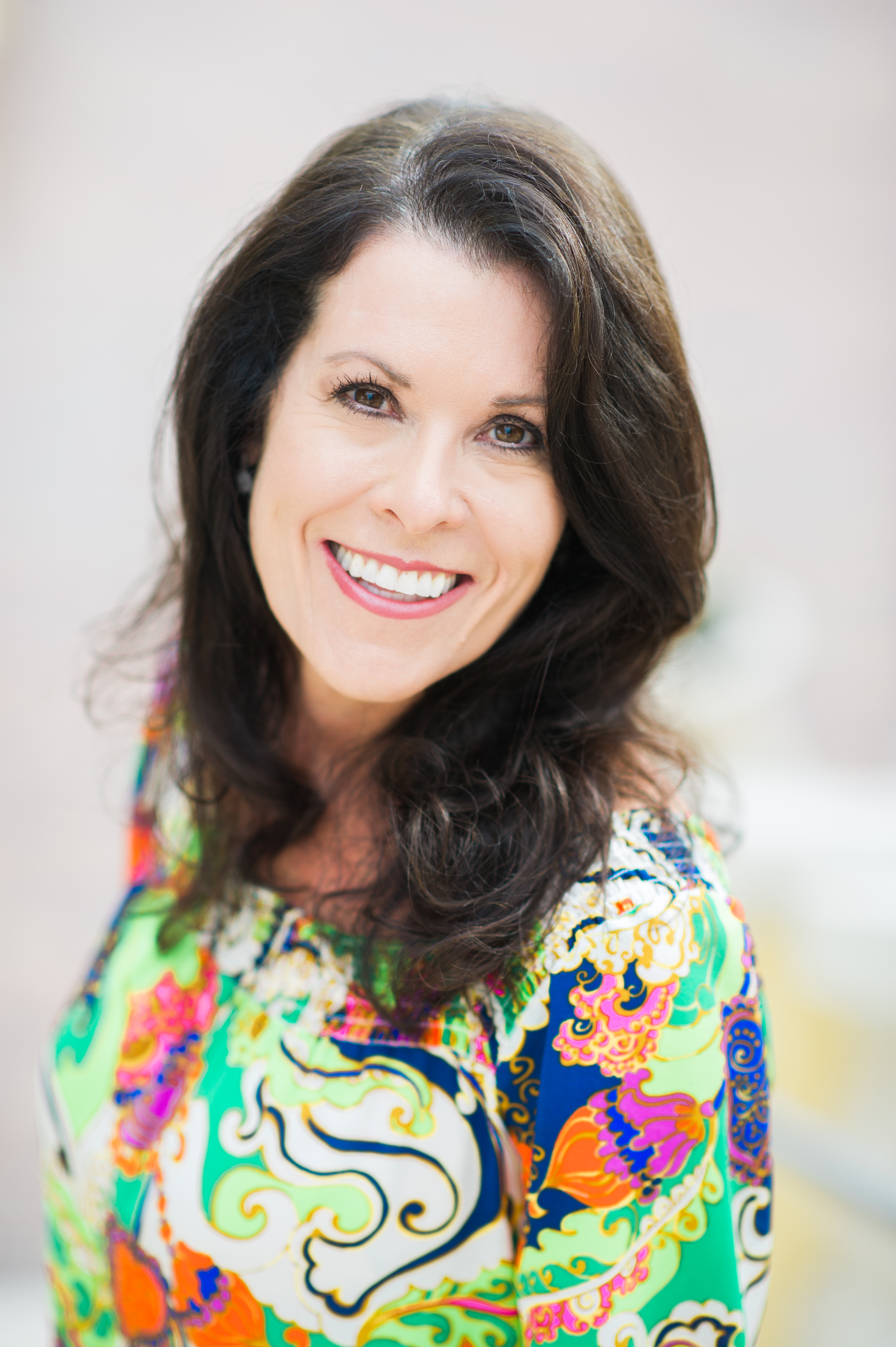 Shari Dingle Costantini is an entrepreneur, with 30 years of experience in strategic leadership, building teams, raising capital, and strategic acquisitions.  As CEO she is paving new ground in the industrial world scaling Red Meters, a leader in disruptive technology for density meters and process control.  Before exiting the company she founded, Avant Healthcare Professionals grew an average of 38 percent annually from inception in 2003 through 2021 and is recognized as an industry leader in international healthcare staffing. Avant achieved revenue scale obtained by less than 1% of staffing companies.

Costantini and Avant have been recognized by Inc. 500/5000 seven times, 50 Fastest-Growing Women-Owned/Led Companies in North America three times, E&Y Entrepreneur of the Year Winner 2017, 100 Most Influential People in Staffing, SMART Award Winner 2017 and Florida Companies to Watch 2012. She is active in the community and has served on a variety of boards, including the Entrepreneurs Alliance of Orlando, Junior Achievement,  the Orlando Economic Partnership; the Rollins College Center for Advanced Entrepreneurship. Shari was a founding board member and served as the chair of regulatory affairs for the American Association of International Recruitment for nine years. 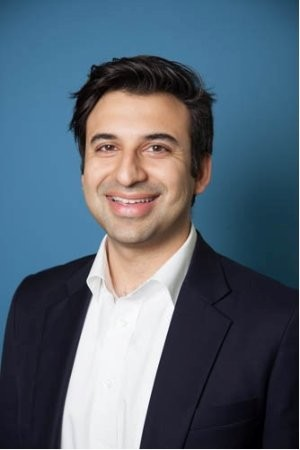 Awais Shaikh, CEO, MDI
Awais is the President, CEO of MDI, an insurance technology company focused on providing a cloud-based, award-winning administration suite that seamlessly administers life, health and annuity policies throughout the entire lifecycle, from pre-sale quote to claim.
Awais is also a co-founder of AWS Capital, responsible for overseeing all facets of the firm’s investment activities. Prior to co-founding AWS Capital he deployed a strategic investment fund on behalf of the Alshaya Group, Starbucks’ global partner in the Middle East, North Africa and Europe.
Prior to Alshaya, Awais was a private equity investor with Harren Equity Partners and H.I.G. Capital in Miami, where focused on investing in owner-operated companies in the lower middle market.  Awais sourced, executed and managed investments across multiple sectors including technology, services, industrials and consumer.  Awais worked closely with portfolio companies’ management teams in executing strategic operating plans, add-on acquisitions, and other special projects. 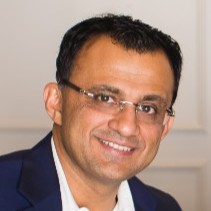 Abdullah Tharoo is the CEO and CoFounder of The Tuesday App.  Tuesday is a digital and social platform that will rejuvenate the charity auction by creating a social and mobile donor experience that  will "make every day Giving Tuesday".

Abdullah was born in Pakistan and raised in Louisiana.  After finishing his college at Louisiana Tech in 2004, he accepted a position in his family business and climbed to the VP of sales and marketing position.

Abdullah served as the Chairperson for multiple boards in the city of Orlando government including serving on the Mayors nomination board.  Abdullah is also serving as a Chairman of the board for Miracle Makers foundation, board member on both Orlando Health Children's Foundation Board and the Winnie Palmer Event Board.  His experience and network in the private and nonprofit sector is essential to the success of this vision.

OPTIC (Orlando's Professional Technology & Innovation Collaborative)
The mission of OPTIC is to Connect Solution Seekers with Problem Solvers in an environment without sales pitches from ancillary service providers. We strive to lead, educate and collaborate with OPTIC attendees and partners to develop and promote the Central Florida region as a robust and supportive environment that is fast-tracking the innovation process. 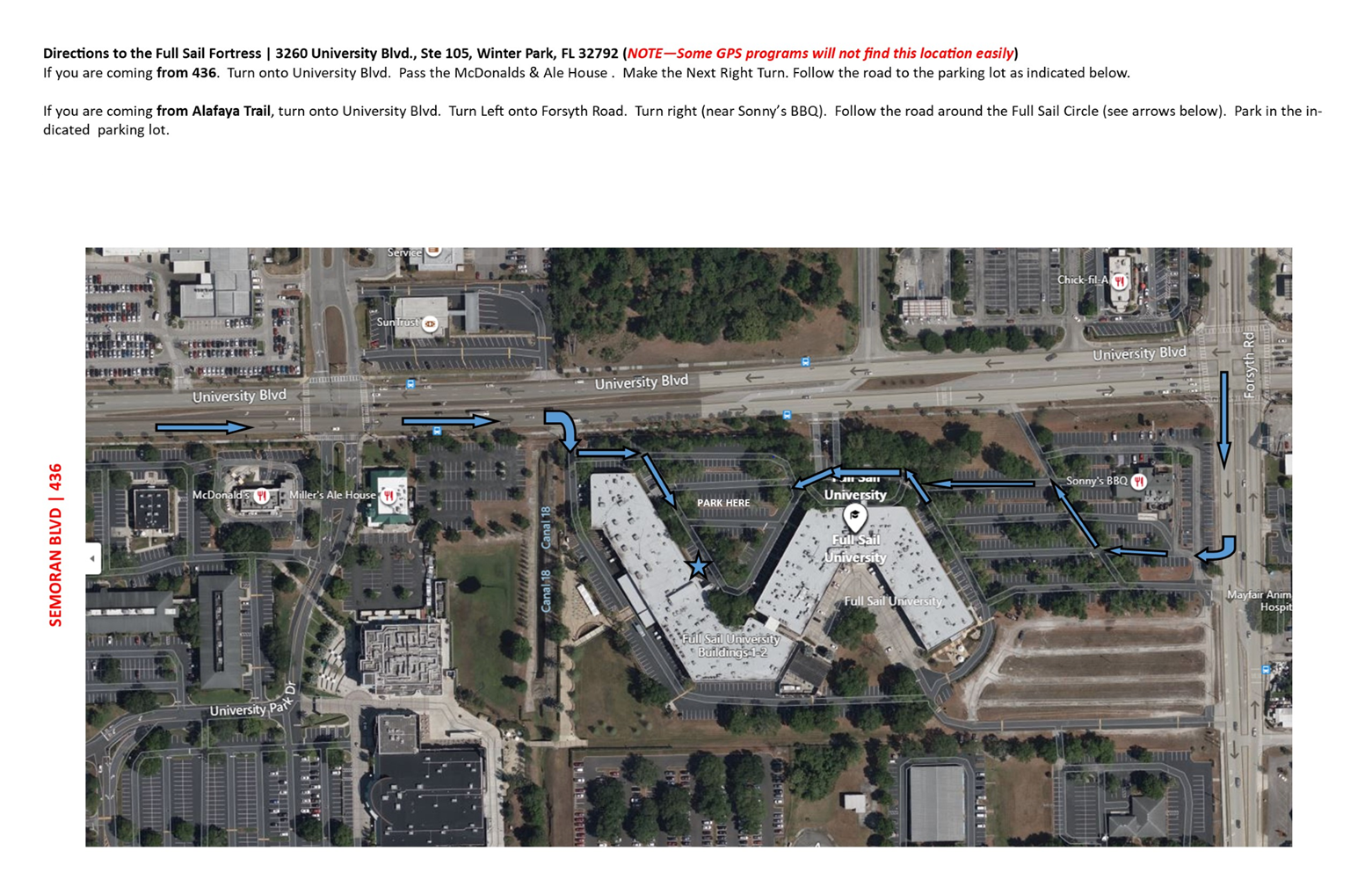 $10 for all, includes continental breakfast with coffee